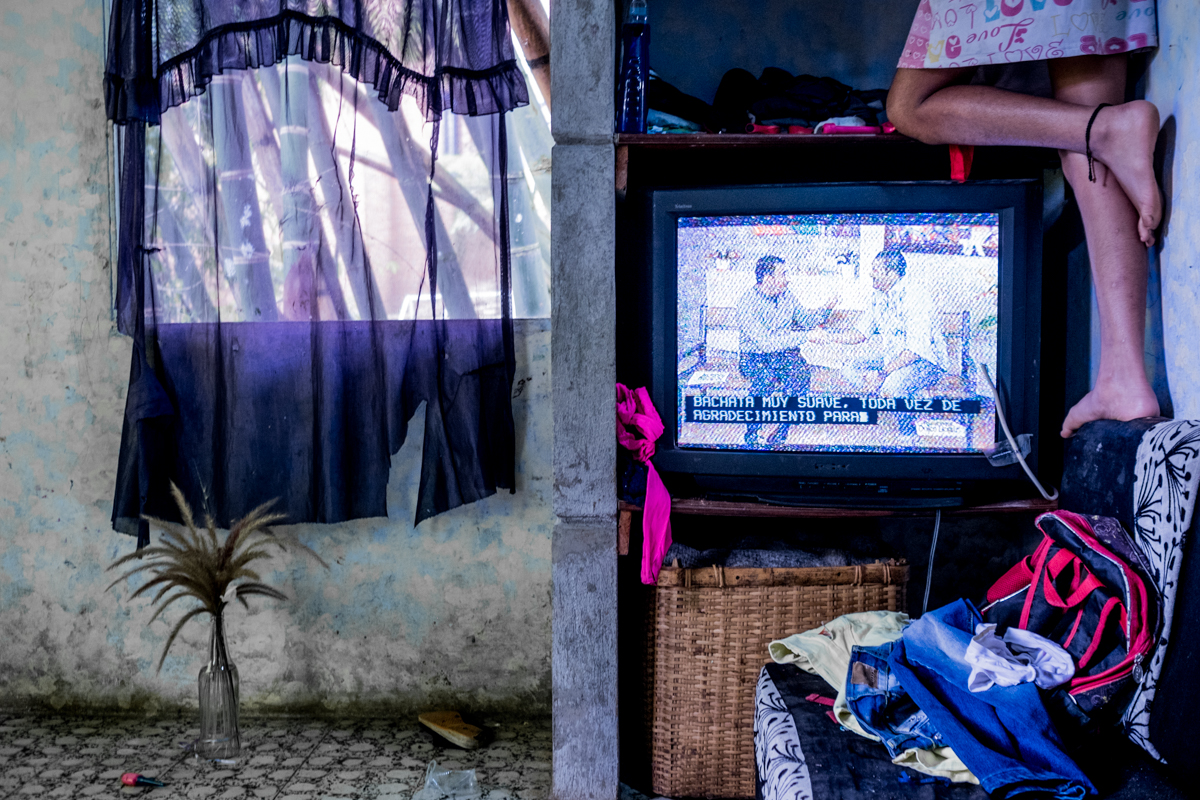 In the middle of enormous buildings there’s a little green house that has persisted the abrupt changes El Poblado neighborhood has gone through. Living in this tiny house, made-up of one room with three beds, we have Marisol Ramirez, a single mother. She inherited the house from her parents after the man that they worked for gave it to them as a gift. Currently, she shares the space with her four children and her grandson.

El Poblado is the most expensive neighborhood to live at in Medellín, Colombia, but it wasn’t always like that. In the 1950s, the big farms and large grass extensions were replaced with massive buildings, avenues, malls and restaurants. Most of the renovations were not consulted with its inhabitants, forcing lots of people to displace to the periphery of the city. The term used to describe this situation is gentrification, which refers to the process of transformation within a city, where a deteriorated space (such as a neighborhood) is transformed by the construction or rehabilitation of buildings or public spaces. This process of renovation is made to fit the standards of the middle and upper class. The consequences of such changes are the rise in rent prices and land costs, forcing people who can’t afford the prices (the lower classes) to displace, almost always to the periphery of the city.

Despite living in the most expensive neighborhood in the city, Marisol doesn’t have the same financial capability as her neighbors. However, she’s sure of one thing: she is not an intruder. Big construction companies have put pressure on her to abandoned the house and move to another place, but she says she is not leaving her home because that’s where she grew up and where she has spent 45 years, her entire life. So, sure, El Poblado might be more expensive compared to other neighborhoods in the city, but in here Marisol and her family have a lot more guaranties. Everything is close, like pharmacies, supermarkets and transportation, plus she has daycare and school guaranteed for her kids.

Nevertheless, this doesn’t necessarily mean that Marisol and her daughter’s life has been easy.

Juanita, 21 years old; Luna with 4; Lorena, 11; Leidy, 23; and Sofía, 25, are her daughters. The two oldest ones are now independent and living with their partners, the other three are still living in the house. For all of them, growing up as women of the lower class of Medellín has meant that men usually see them as sexual objects. For Marisol, living in this house is a hope for the future of her daughter and her own.